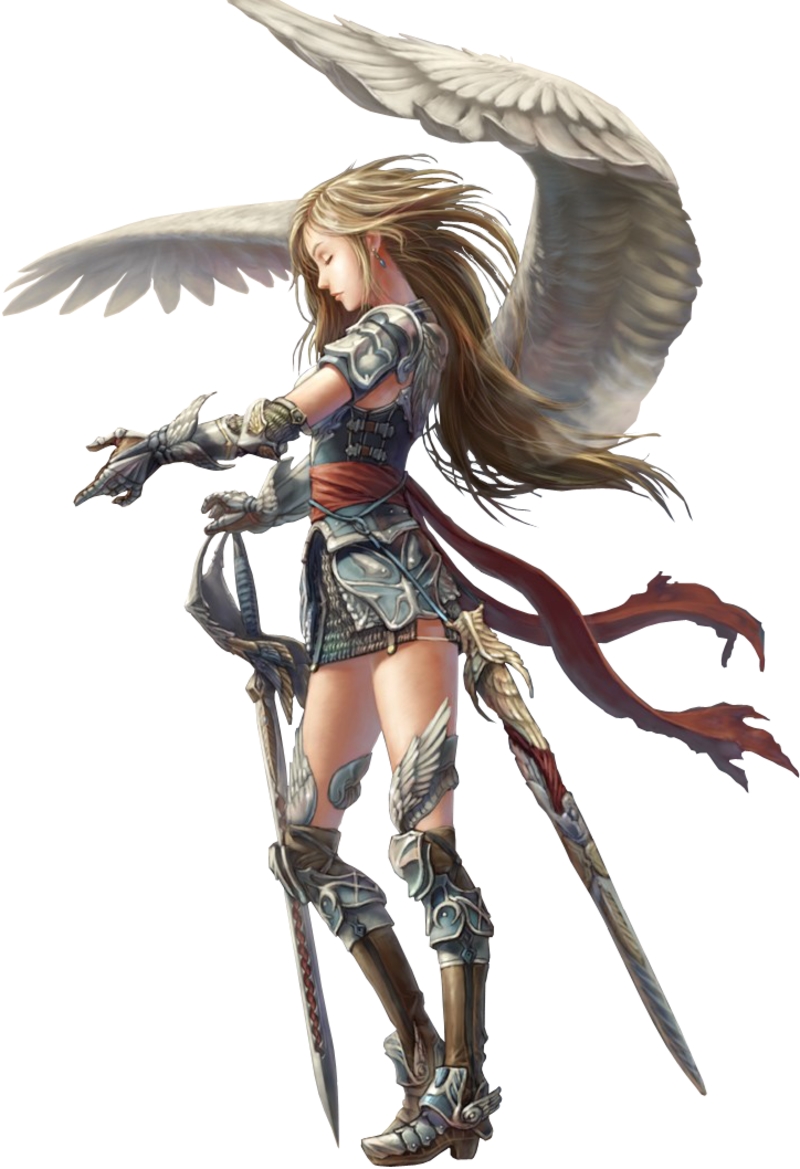 Immortal winged children, given a second chance to restore their lost innocence.
Average Height: 3´ 4˝–4´ 8"
Average Weight: 70–150 lb.
Ability Scores: +2 Wisdom, +2 Dexterity or Charisma
Size: Small
Speed: 5 squares, fly 6 squares (altitude limit 1)
Vision: Normal
Languages: Common, Supernal
Skill Bonuses: +2 Diplomacy, +2 Heal
Immortal Origin: You were remade from the stuff of the Astral Sea. You are considered an immortal creature for the purpose of effects that relate to creature origin.
Precious Innocence: You gain a +5 racial bonus to saving throws against charm, fear, and rage effects.
Sheltering Wings: You can use sheltering wings as an encounter power.

Cherubs are the reincarnated souls of mortals who had their childhood taken from them early—either through death, or from the horrors of living. By an ancient compact between the gods, these souls gather in remote and obscure pockets of the Astral Sea, where they are reborn to experience the innocence that was stolen from them. These enclaves are protected by their eldest members, alongside the powerful shapeshifting angels known as cherubim.

Cherubs appear as pale children with glowing, feathery wings. The youngest cherubs appear as babes and toddlers; cherubs who survive for several centuries eventually “age,” but even the oldest cherubs appear as little more than baby-faced teenagers. Though cherubs do not remember their previous lives, the scars of their past often make them reserved and quiet around strangers, and most cherubs often prefer small joys and comforts over lives of excitement and pleasure.

Cherubs generally stay out of the affairs of the rest of the Astral Sea, having had enough strife and conflict in their first life. Most keep to their quiet communes until they have made peace with their pasts and are ready to move on as petitioners or angels of their chosen gods. Some cherubs end up rejecting their peaceful afterlife; just as they gave up their childhood for a cause as mortals, so do they leave their communes to pursue their ideals across the Astral Sea.