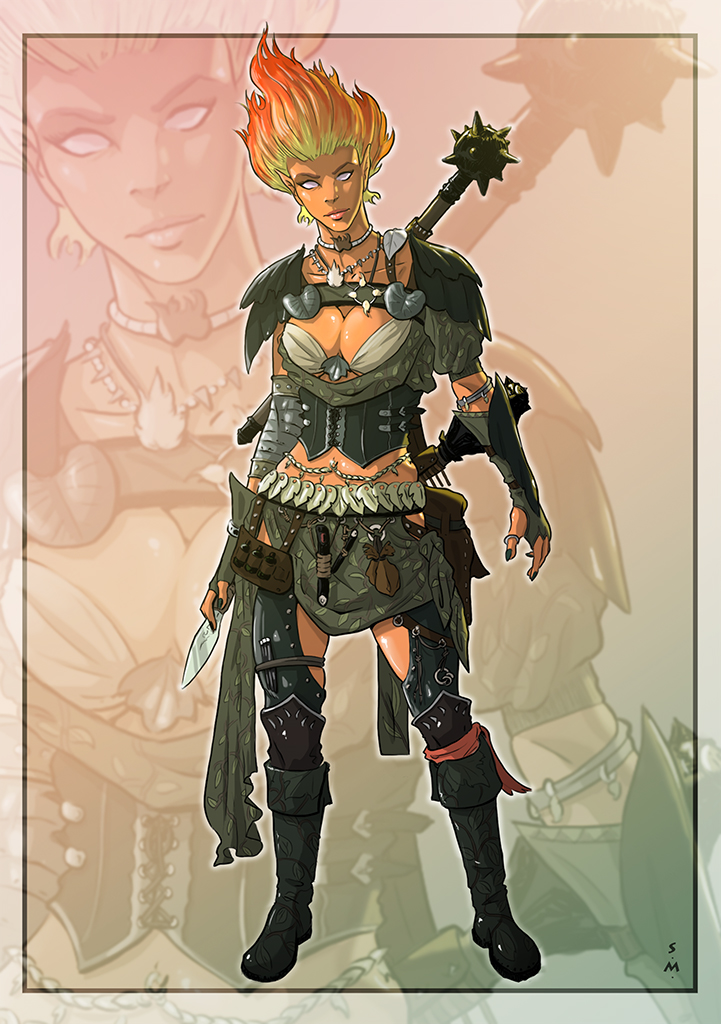 Palego Vortessimi was part of an armored Erranitus galley, en route to reinforce St. Telanis, when her ship was overturned by the dragon turtle, Gwi Lung. Washed ashore wiithout the support of her legion, Palego fell into her faith and zeal as a shield against the horrors of Emer Agat. Her fervor inspired a wild brutality and violence that seemed almost supernatural, and put the fear of the gods back into many Scavengers. In no time, Palego had her own crew on the island, men she whipped into the same religious frenzy she was taught by the Legion.

During her time on Emer Agat, Palego made occasional contact with the spirit of Shi Luu. However, without the proper training of a true divine character, her understanding of the god came in only brief visions and intuition.

The party came across Palego during the plague demon attack, battling with Kixx the Klaw over who would take control of Cimmeron’s salvaged galley. Both sides were forced by circumstance to let the party take control, and together they all left Emer Agat for St. Telanis.

On St. Telanis, Palego left the party to return to service in the Erranitus Legion… only to be reassigned as the party’s personal envoy to the Legion. Though clearly irritated at being sent away so soon after her return, Palego has been surprising soft-tempered in expression her disdain.