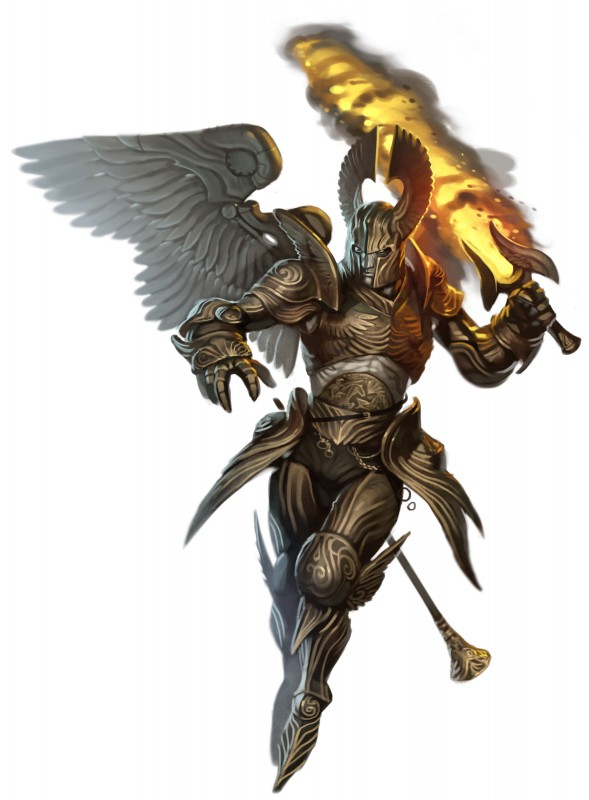 Saint Telanis is one of the legendary figures of the Erranitus Legion. Once a deva of an unassuming material world, Telanis was thrown back into the celestial war before his time when demons invaded en masse. As an explorer-turned-commander, Telanis brought the fear of the gods back to the Abyss. As part of that war, he discovered the Erranitus Legion, and the Legion still keeps a battalion stationed back at his homeland in Teliandor.

Since then, Telanis has been a storied figure of surprising deeds—most recently, diving deep into Daesus Turathi territory and establishing a fortress overnight, before the tieflings even knew what was happening. From this fortress, Telanis plans to completely dismantle the Coualesca Province of Daesus Turath. The siege against St. Telanis is only a temporary inconvenience; he still awaits the Turathi’s real counterattack.