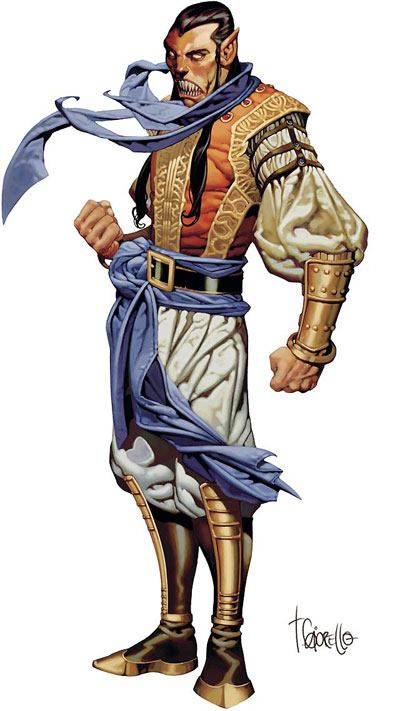 “Count” Sporacii Virago was the “ruler” of an abandoned mansion to the western end of Emer Aget. Although he’s described as one of the leaders of the Scavengers, Virago dwelled alone in his manor, apart from his wife Nistarra and a cadre of shambling undead servants. In person, the count is a loud, intimidating character, with glowing eyes and fangs so large his mouth cannot properly close.

Virago and his undead minions contended with the party several times on Emer Agat, at Nistarra’s behest. However, an unexpected tragedy struck when the adventurers laid siege to Virago’s Manor. Instead of the loud, violent man they knew, Sporacii was drunk and bawling into his bedsheets when they found him. Nistarra had left him to return to her secret masters, leaving her paramour behind. Though Sporacii was ready to fight the PCs to the death in spite of his sorrow, they took pity on Sporacii, and encouraged him to reunite with his brother, Ossrecht, instead.

Sporacii was aboard the KKK Shaziiir when the party left Emer Agat for good. Once they land at St. Telanis, Sporacii left the party, vowing to track down and find his lost love.