Lost souls and seekers of eldritch lore whose bodies and identities were swallowed up by the Great Dark.. 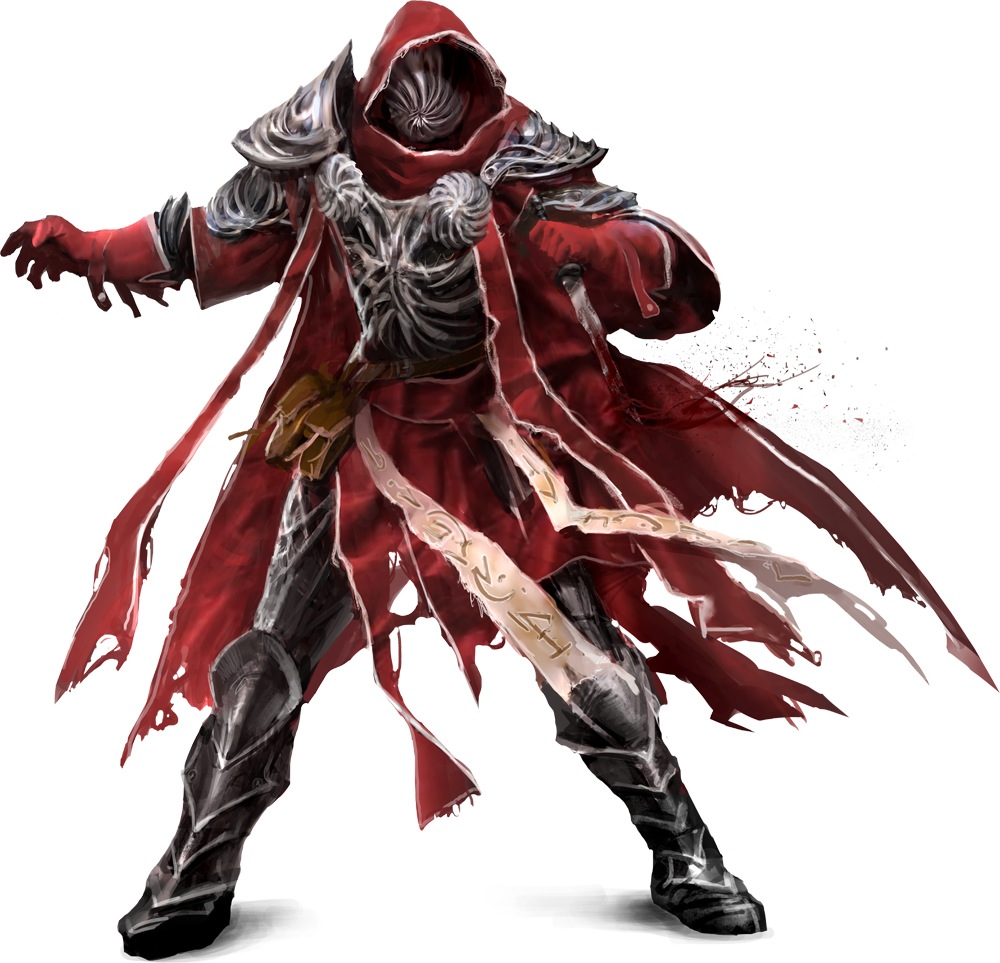 Average Height: 3´ 6˝–8´ 8˝
Average Weight: 25–75 lb.
Ability Scores: +2 Intelligence, +2 Wisdom or Charisma
Size: Medium
Speed: 6 squares
Vision: Normal vision
Languages: Common, choice of one other
Skill Bonuses: +2 Arcana, +2 History
Body of Will: You gain a +2 bonus on saves versus effects that inflict the immobilized, petrified, restrained, or slowed conditions.
Fitted Form: You can wear clothing and armor fitted for any humanoid of size Small or Medium. While you are wearing Small armor, you are considered to be a Small creature for effects related to size, but you otherwise gain no advantages or disadvantages for wearing armor fitted for other humanoids.
Shadow Origin: Your old identity was consumed by the things in the Great Dark, and you are considered to be a shadow creature for effects related to origin.
Unmade: Whenever you go without any clothing or armor, you gain the invisible condition. Items you carry or manipulate are not considered to be invisible. Each round you go without clothing or armor, you must make an Endurance check as though you were drowning, at a cumulative -1 penalty for each additional round. You do not need to breathe, eat, or drink.
Empty Body: You have the empty body power.

Empty Body – Covinum Racial Power
The enemy’s attack passes right through you, as though you were never there..
Encounter
Immediate Interrupt – Personal
Trigger: A creature hits you with an attack.
Effect: The triggering creature misses, and you gain combat advantage against the triggering creature until the end of your next turn.

Though they appear to be little more than possessed suits of armor and magely robes, the covinum (singular covinus) are the legacy of wizards, crusaders, and priests who dared walk too close to the empty, gaping void that is the Negative Plane’s “sun.” The Great Dark seeped these characters of their bodies, their experience, their identities… and in most cases, their sanity.

Covinum are more than just invisible—sheer willpower has prevented the remains of their souls from bleeding away into the ether. Being covered helps a covinus properly perceive its shape; most covinum dress in heavy robes and armor as protection from the threat of ripping themselves apart. Obsessed with their loss of self, many covinum are drawn to ancient, forbidden arts, as a way to discover the information that was wiped clean from reality itself by the Great Dark. These tendencies make them unwelcome in the material plane, but all too ordinary among the dangerous factions of the Astral Sea.