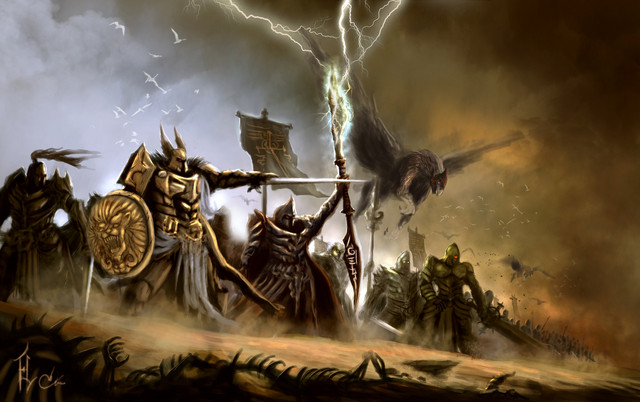 With eight sprawling legions of humans, aasimar, and angels, the Erranitus Host is a powerful military arm for order and the heavenly scales. The Erranitus Legions hunt down wickedness in all its forms, routing their enemies with a zeal that borders on blind fervor. Unlike “true” angelic hosts, the Erranitus Host is not sponsored or controlled by any god or archangel; its members act of their own initiative. And while the soldiers of the Erranitus Legions are often synonymous with “dumb, stuffy paladins,” their leaders have proven exceptionally canny and wise in dealing with their many enemies—the only reason such an antagonistic faction could possibly have survived the centuries.