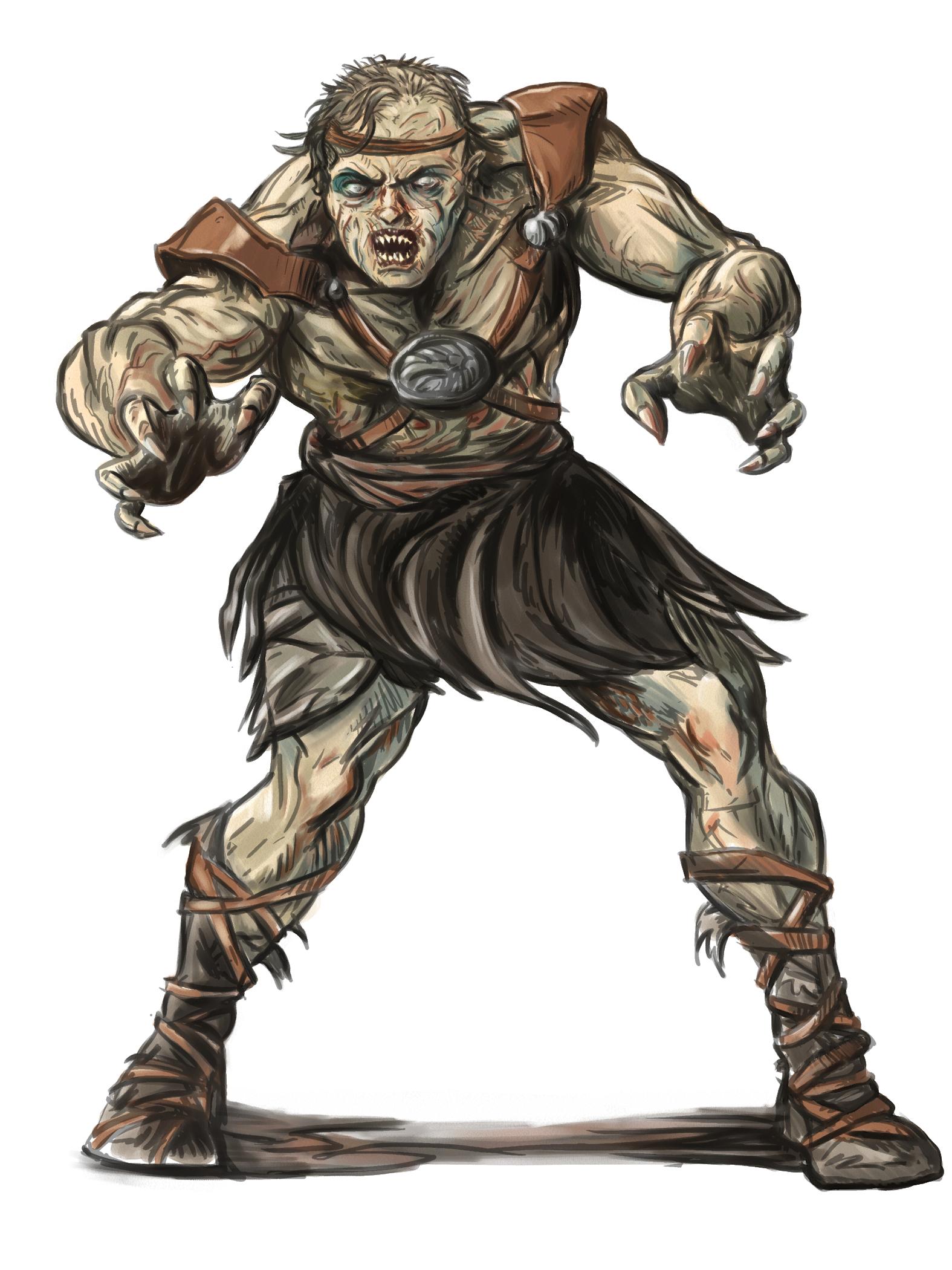 Also known as “doresai”, fleshgluttons are a cursed folk that crop up from time to time among the humans in the Astral Sea. With long fangs or tusks for teeth and dull or white eyes, fleshgluttons are an unnerving deviation from the standard human biology, and are typically treated as pariahs. A fleshglutton’s love for the meat of other humans does nothing to abet the prejudices against them.

Common lore says that the fleshgluttons were created to be the servants and spies of a demon lord of the Abyss—empowered humans that were returned from undeath but still bound by its hungers. If these rumors are true, then there are doresai who yet walk among mankind, unnoticed, and perhaps still doing the will of their dark gods. Of the fleshgluttons that are made out for what they are, most are not so ambitious in their goals. They content themselves with joining street gangs, raiders, and barbarians, where their shows of garish strength and brutality make them more appreciated, and spend the rest of their days sating their bloodlust on the weak or fallen. Those few fleshgluttons who deny their cravings are typically gruff, irritable cynics with a strict code of honor that helps get them through their cravings.