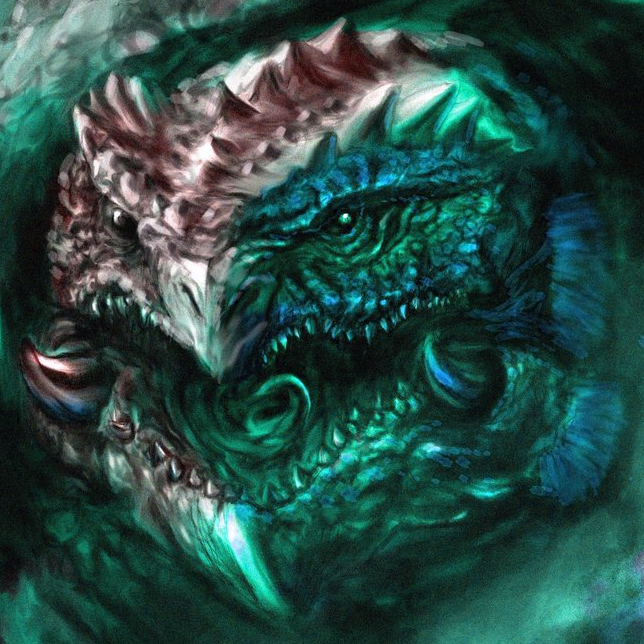 An ancient dragon turtle of unusual size and astounding intellect, the celestial Gwi Lung is a myth for those who pass through the Emer Causeways. According to the old stories, Gwi Lung was the favored pet of an ancient god of gemstones and laughter, who was betrayed by another god and slain. Gwi Lung viciously protects the remains of his master, and has been blamed for a great number of disappearances through the causeways. Some think that the “Emer Agat” that Gwi Lung protects is actually free-roaming, which helps explain why the body remains undiscovered—and why Gwi Lung remains a myth to most of the Astra Sea.