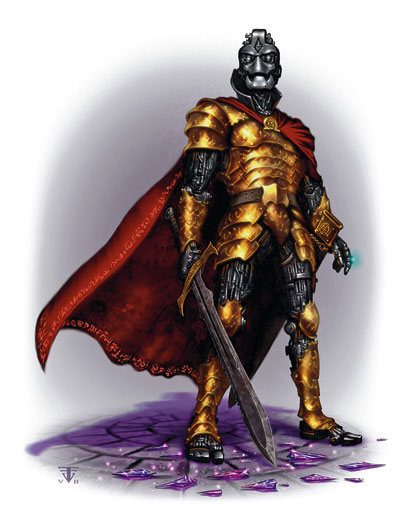 The kolyarut are the companions and servitors to the larger maruts, forged by the servants of Moradin and Amoth to oversee oaths and contracts throughout the Astral Sea and its many demesnes. These constructs serve as arbiters and record keepers for the many politics and contracts of the plane, and their agents take on a variety of tasks and adventures all over the cosmos.