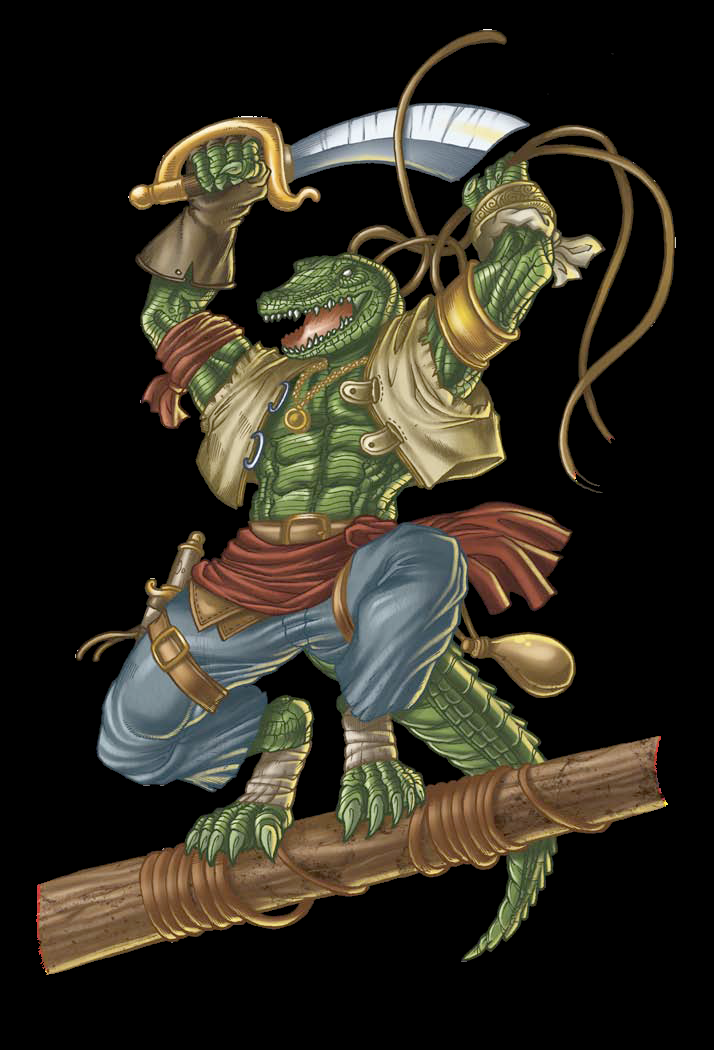 Kroola are a race of seafaring saurials native to the Material Plane. These brutish, reckless brawlers love to loot, fight, and drink. Kroola never stop growing; over time, the rare kroola that lives to old age can become the size of a galley, and as senility sinks in they devolve into monstrous beasts and legends of the seas.

Kroola are not native—or common—to the Astral Sea. But near Shada Alûz kroola frequently wander through the city’s great and flighty portals. As such, the green-scaled buccaneers infest the edges of the city like bandits, and are slowly spreading into other parts of the plane.

((Rules for playing a kroola can be found in IVe Races: The Kroola ))