Giant, intraplanar merchants, facilitating the trade of mystic goods throughout the planes. 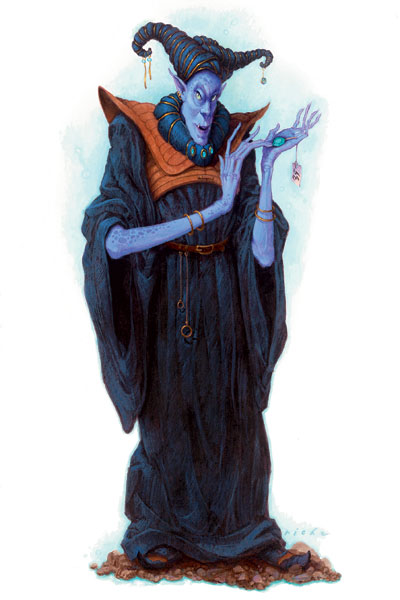 Average Height: 8´ 6˝–10´ 4˝
Average Weight: 400–550 lb.
Ability Scores: +2 Charisma, +2 Constitution or Intelligence
Size: Medium
Speed: 6 squares
Vision: Normal vision
Languages: Common, choice of one other
Skill Bonuses: +2 Arcana, +2 Diplomacy
Secret Chest: You can store inanimate items in an extradimensional space, up to a weight limit equal to five times your level. Items stored in your secret chest do not count towards your encumbrance.
Spindly Arms: Increase the reach of your melee encounter and daily attack powers by 1 and the range of your ranged encounter and daily attack powers by 5.
Immortal Origin: You are considered an immortal creature for the purpose of effects that relate to creature origin.
Dimensional Escape: You have the dimensional escape power.

Dimensional Escape – Mercane Racial Power
You slip away from your enemies by crossing through light and space.
Encounter
Move Action – Personal
Effect: Teleport up to 5 squares. Any effects that bestow the marked or dazed condition on you immediately end.

The giant, mysterious mercane are the premier merchants throughout the cosmos. While each mercane has his own goals and trades, magic is the primary stock of merchant tradesmen, and residuum is their coin. Each mercane works hard at the trade of trading, with the hopes that they can one day buy their way into the secret home plane of their people—a place so closely guarded that even most mercane have never been there.