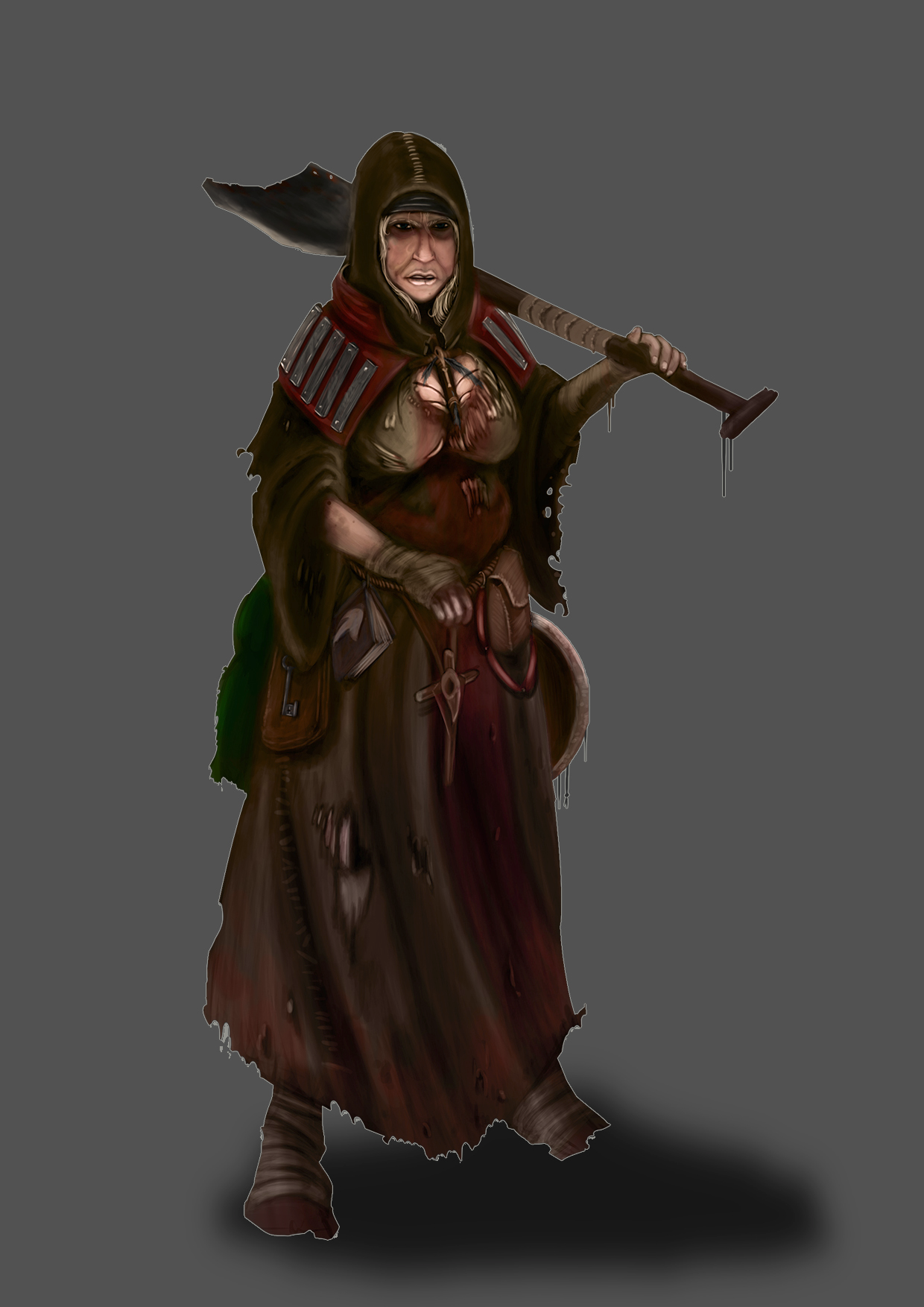 One of the oldest survivors on Emer Agat, Ms. Fibbles was senile, and had forgotten much of her past—including her original name. Fibbles was picked up by Cimmeron when the other Scavengers threw her out as too weak to work, but too gamey to eat. This turned out to be an act of fortune for Cimmeron—when they found a gutted and wrecked ship on the Fifth, Ms. Fibbles began finding fragments of her memory. It turned out that Fibbles used to be a shipwright. It’s taken more than a year, but with the efforts of Cimmeron’s scavengers and the adventurers, Fibbles was able to make the repairs necessary for the galley Cimmeron’s men salvaged, making it seaworthy once again.

Sadly, Ms. Fibbles did not leave Emer Agat with the rest of the party. In the horrifying attack of plague demons that ravaged the island, Ms. Fibbles became ill with fright and passed out. She died in her sleep, and Cimmeron’s boys swiftly buried her with a prayer to Tymora.