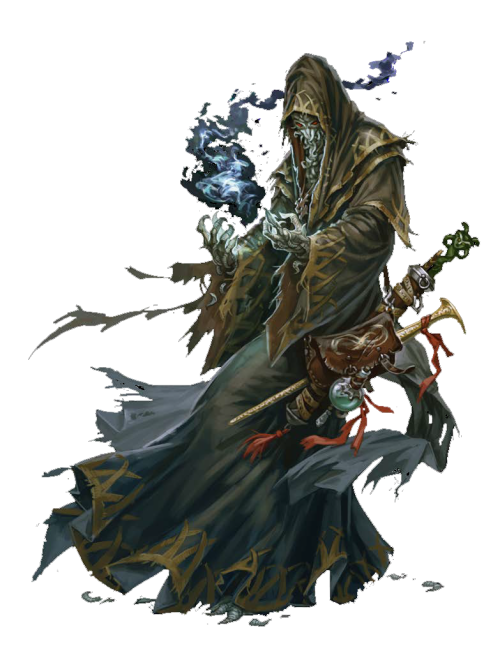 Millennia ago, the jade god of laughter was slain by an arrow that was poisoned with Abyssal power. As Shi Luu died, the corruptive elements of the arrow took on a life of their own, suffusing with the immortal maggots and worms that festered in his corpse. This host of vermin reformed into Phrasmin, the larva mage.

Unable to escape the island because of Gwi Lung, Phrasmin hatched a terrible plan. It formed the Cult of Many Legs from the most pliable and mad Scavengers, and took the form of a rotund, friendly man. With the support of the cult, and an eladrin wizard named Erevan, Phrasmin would infest Shi Luu’s corpse with Abyssal Plague, so that it could one day transform the dead god into a vessel, and all the Scavengers into an army of demons. However, Erevan betrayed Phrasmin in the cult’s final hour, and led a party of adventurers to Phrasmin’s base at the heart of Shi Luu. The battle between Phrasmin and the adventurers was not just of blade and spell, but also a spiritual battle for control of the fading spirit of the dead god. Ultimately, Phrasmin failed, and was destroyed for good measure before its vermin parts could escape.