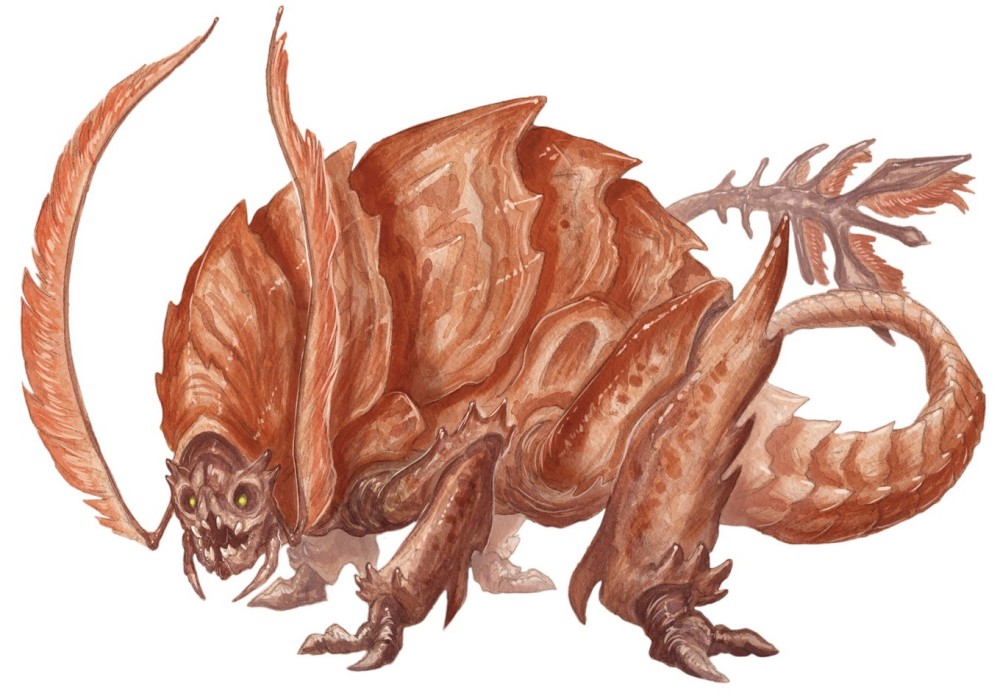 Ancient, silver-fish-like beasts, the rust monsters have long been the bane of metal-loving societies. Which is to say, most of them. Though rust monsters are native to the Prime, it has been a millennia-long tradition of canny warlords to sabotage their enemies with packs of the metal-devourers. As a result, rust monsters can be found almost anywhere in the multiverse.

While dangerous, rust monsters are also prime targets among enchanters, as they can process almost any magic item into raw residuum. Such well-fed rust monsters are as dangerous as they are powerful, however. Failing to digest the residuum properly, such creatures suffer life-long exposure to unfettered magic, developing unusual strengths and abilities.