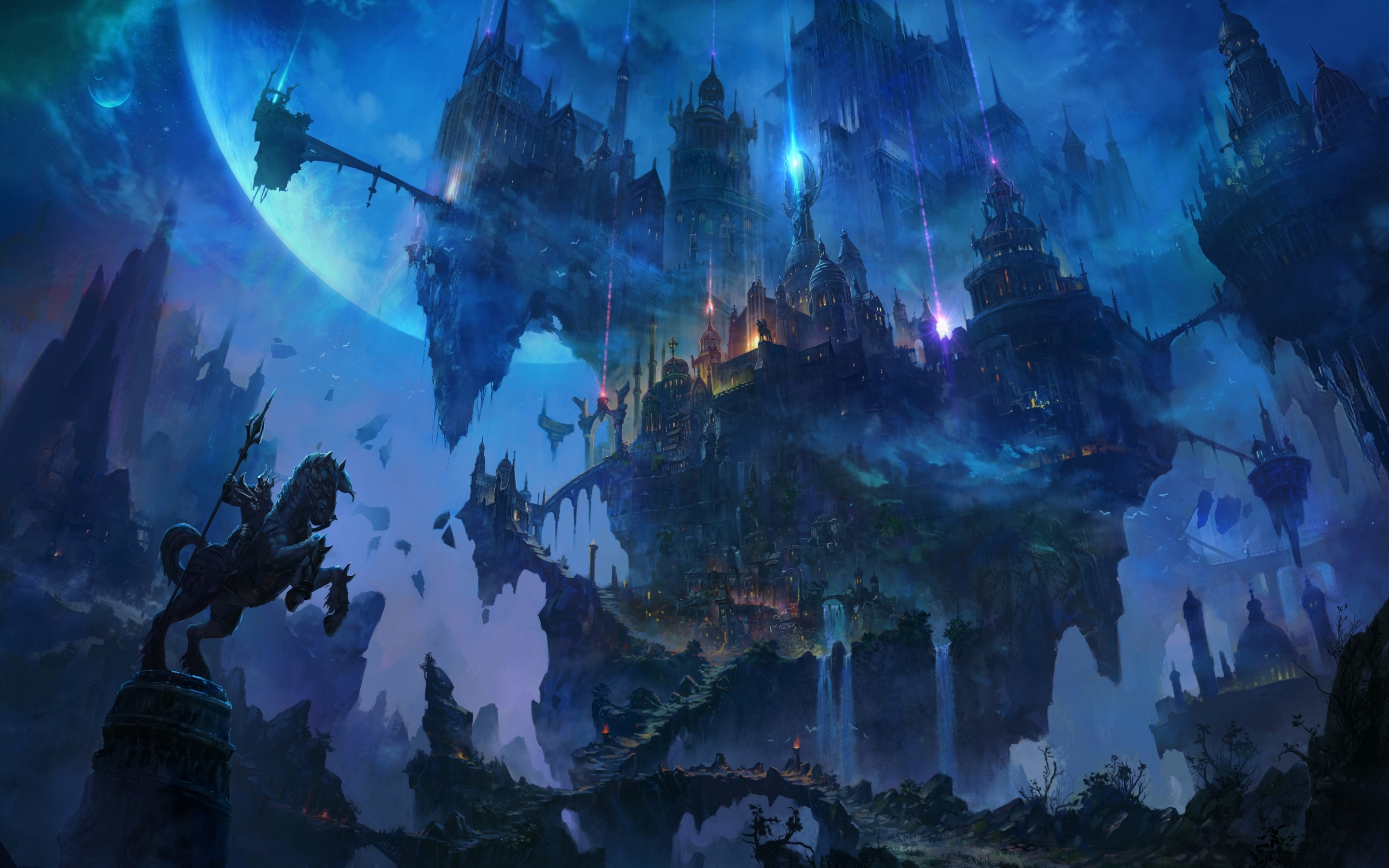 Shada Alûz is a fringe city of the Crautisium, a trading post set up by rocca pioneers for its access to several great oceans in the Material Plane. The city is regarded as a myth by members of the Material—a port of dreams that appears at random miles away from the coast, trades fantastic goods to awestruck sailors, before disappearing. Each cycle, a new batch of slow, witless, or adventurous “prime” sailors get left behind as the gateways of Shada Alûz realign. Some stay and wait for the great gates to turn back to their homeland; most dare the Crautisium as the first step to their long journey home.

Shada Alûz was built on the remains of an old eladrin city, which goes a long way to explaining its whimsical portal configuration. Shada Alûz was originally important as a “rural” community for gathering marine food and water for transport to other parts of the Crautisium. Recently, however, the Erranitus Legions have negotiated a lease of the city with the Crautisium, to use as a platform for supply caravans supporting the battle lines with Daesus Turath. The rise of traffic in and out of Shada Alûz have transformed the face of the city considerably, attracting merchants, services, and charlatans to cater to the traveling crusaders. The shift has polarized the city’s population between these newcomers and the resentful “old class.”