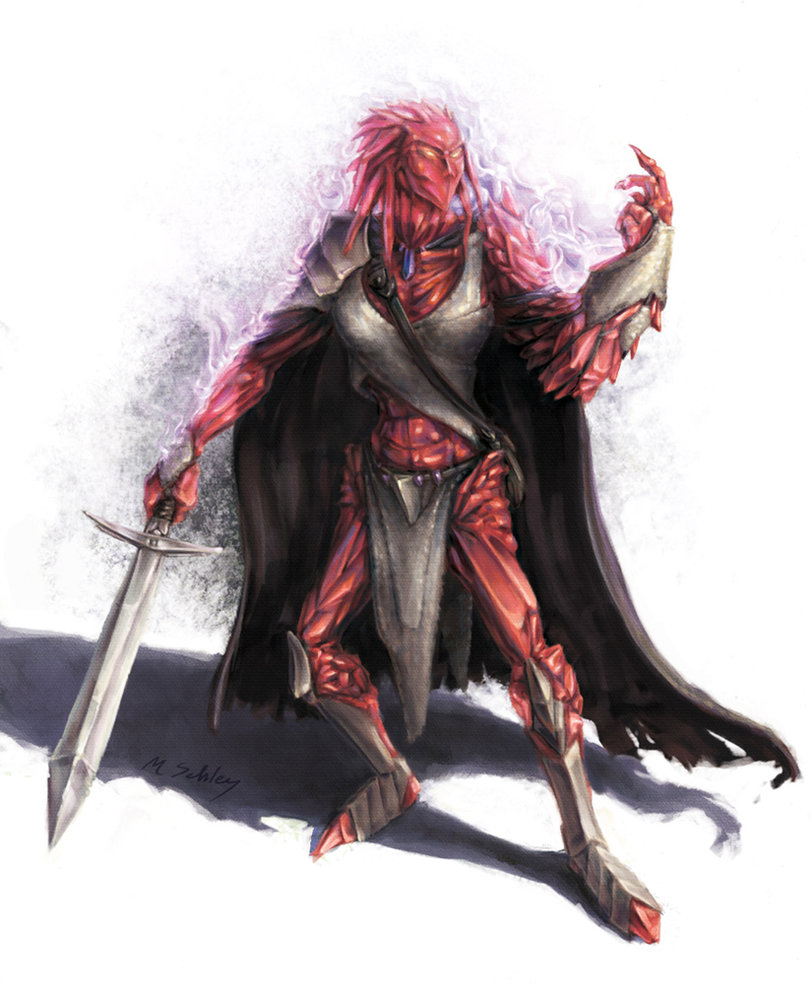 Average Height: 5´ 9˝–6´
Average Weight: 180–230 lb.
Ability Scores: +2 Intelligence, +2 Wisdom or Charisma
Size: Medium
Speed: 6 squares
Vision: Normal
Languages: Common, Deep Speech, choice of one other
Skill Bonuses: +2 Arcana, +2 Endurance, +2 to one other skill
Crystaline Mind: You have resist 5 psychic. The resistance increases to 10 at 11th level and 15 at 21st level.
Immortal Origin: You are native to the Astral Sea. You are considered an immortal creature for the purpose of effects that relate to creature origin.
Living Construct: You are a living construct. You don’t need to eat, drink, breathe, or sleep. You never have to make Endurance checks to resist the effects of starvation, thirst, or suffocation.
Shard Swarm: You can use shard swarm as an encounter power.
Telepathy: You can communicate telepathically with any creature within 5 squares of you that has a language.

Shard Swarm – Shardming Racial Power
Encounter – Teleportation
Move Action – Close burst 1
Target:Each enemy in burst
Effect: Each target grants combat advantage to you until the end of your next turn. You teleport up to half your speed.

If shardminds are a rarity in the Prime, then they are uncommon in the Astral Sea, at worst. It was in the Astral Sea that the original Living Gate was destroyed, and so most shardminds were scattered into this realm, where they have reconvened into powerful guilds and covens, all dedicated to the same cause. Many bear the legacy of the lost illumians, preserving knowledge and eldritch lore. Others swear allegiance to factions benign or malevolent. But all shardminds remember the true threat they once held at bay, and make plans for when the Far Realm finds them again.