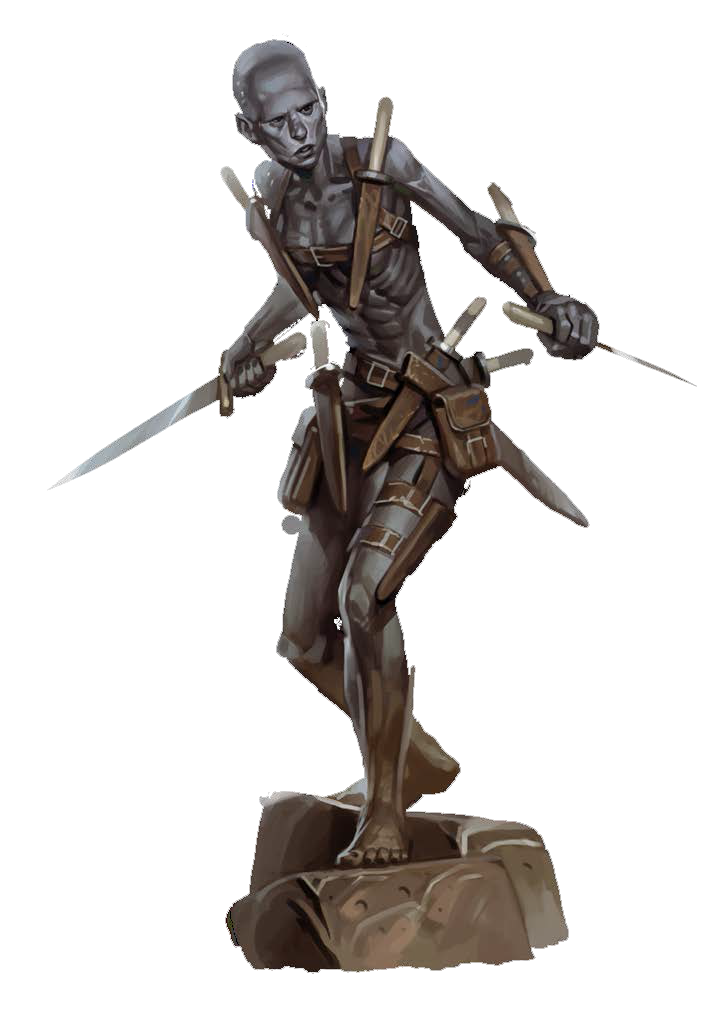 Skulks are descendants of the slave caste within Bael Turath, the ancient tiefling empire. During a period of revolution, these slaves were liberated and blessed by the demon lord Graz’zt. Skulks are rabid anarchists and masters of assassination and guerrilla warfare. More than anything else, skulks love to hunt tieflings and their devils masters.

In the Astral Sea, the second tiefling empire of Daesus Turath has become a principle target of skulks assassins. The empire has responded in typical fashion—with the collar. Skulks captured by the Turathi are tortured to the point of crippling, but kept alive to see their children raised into proper slaves—meek, fawning, and everything the free skulks hate. This new generation of slaves often serve as the front lines on the shadow war between Daesus Turath and its many enemies.