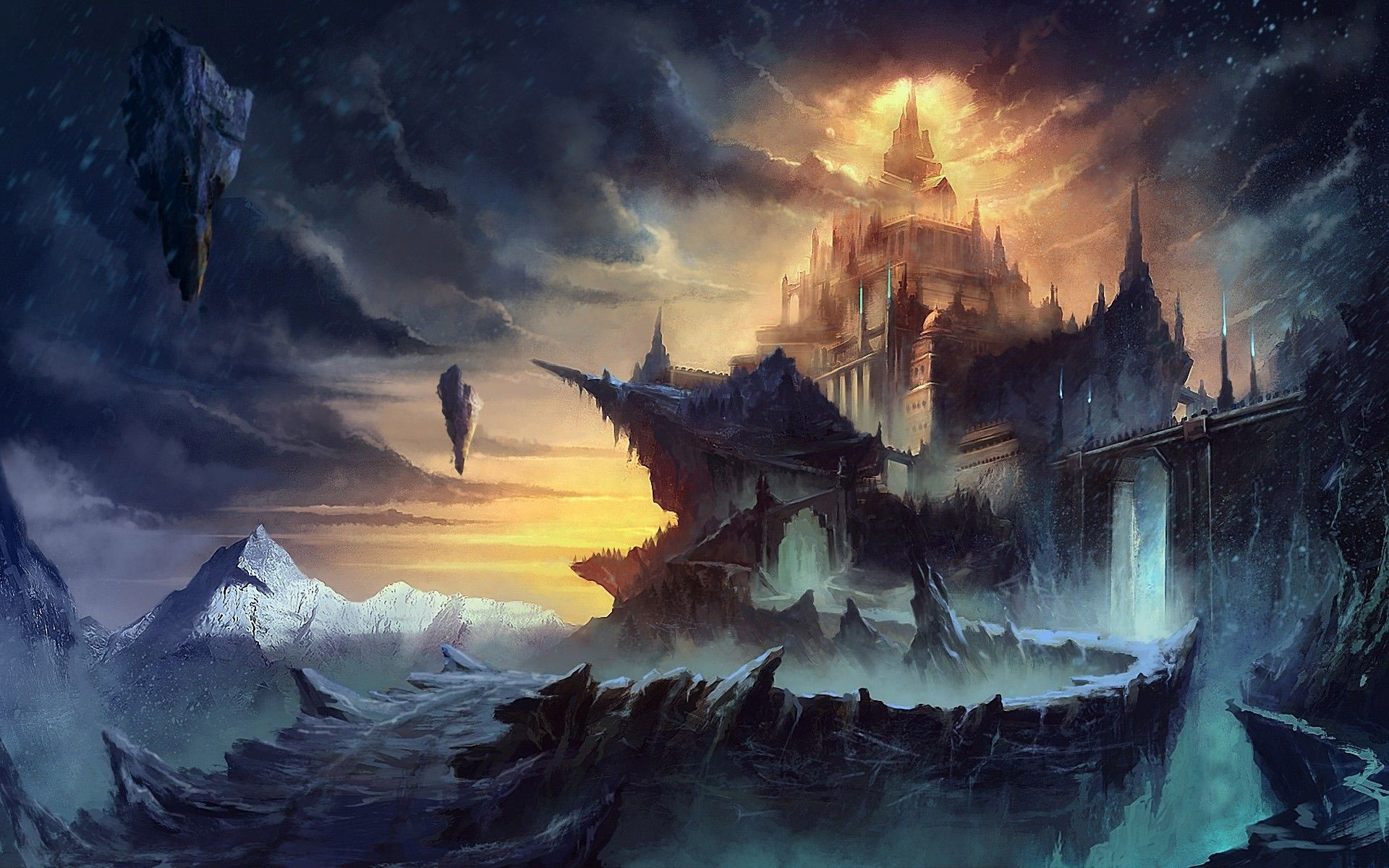 St. Telanis is a fortress of the Erranitus Host, located more than three hundred leagues inside the Turathi border. How the aasimar managed to build a great fortress so deep inside Daesus Turath is a mystery, but the citadel has served as a spearhead for a Host invasion against the Turathi Empire. As such, the city is under constant siege by tieflings and devils, and fresh cadres of crusaders arrive each week to replace those who fall. The Astral Sea around St. Telanis is so thick with the blood of angel and fiend that the churning waters have given birth to all new horrors and abominations. It takes a desperate man, a zealot, or both to travel to St. Telanis, but great reward awaits any mercenary that can break the endless siege—one way, or another.

1. Blue Quarter is the topmost lair of St. Telanis, featuring an open pentagon courtyard ringed by heavy walls and five massive towers of Elysian bronze. In the Blue Quarter, soldiers of the Erranitus Legion perform drills and courtyard exercises in preparation for the campaign against Daesus Turath. During a siege, the aasimar forces pile into the towers, manning the columns of ballistas and starcores in defense of the citadel.

2. Trader’s Town refers to the section of the Blue Quarter that have been “taken over” by travelers, merchants, and swords-for-hire. Unlike the rest of St. Telanis, the buildings of Trader’s Town are constructed from solid oak, stone, and other materials imported from Shada Alûz. In Trader’s Town, adventurers can find lodging, outfitters, mercenaries, fences, and other services.

Spindledock: The spindledock is a standard port design for those savvy to the Astral Sea. Instead of a flat set of piers, the spindledock lays out its docks in a spiral fashion around a long, thin tower. The lower levels of the Spindledock features a rotating set of pulleys, netting, and levitating platforms for disembarking cargo.

3. The Cathedral makes up the bulk of St.Telanis, situated in the heart of the bronze citadel. Its top floor features a garden maze and center of worship. Lower levels include the temple library, shrines to each of the noble gods, ritual rooms, and a private reliquary.

Cophaniel’s Office: The angel Cophaniel keeps a room in the top level of the Cathedral for meeting with those Telanis has deemed “persons of interest.” It is a circular space, with open windows facing the gardens, and a few dark wooden chairs for visitors. As an immortal angel, Cophaniel’s office is spartan, without even a desk; the angel simply waits at the center of its office, sending telepathic messages to its servants and parties without so much as breathing.

4. The Red Quarter is the lower section of St. Telanis. During long sieges, Erranitus soldiers can retreat into the more protected Red Quarter for lodging. At the base of the Red Quarter, the Underbunker provides a place for soldiers to respond to keel-side attacks on the St. Telanis, and is armed twice as heavily as the open-faced Blue Quarter.