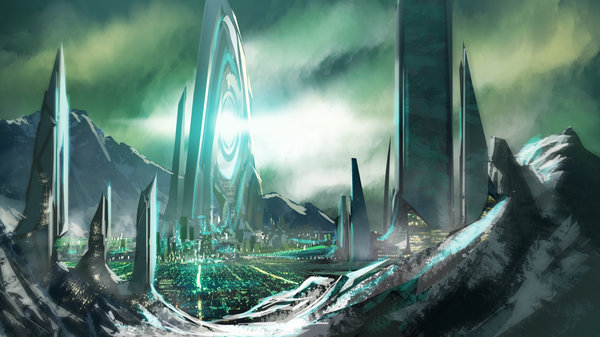 The Crautisium is a pseudo-nation of portals and planar gateways, and their surrounding environs. Established by rocca colonies nearly three millennia after their creation, the Crautisium was initially a means of providing support for each other in their roles as guardians of the divine gateways. However, as the rocca developed permanent portals to connect their great cities, they realized they could use these gateways for more than military purposes. These early portal-cities became the axipolii (or “axis-cities”) of an expanding network of portals and communities known as the Crautisium.