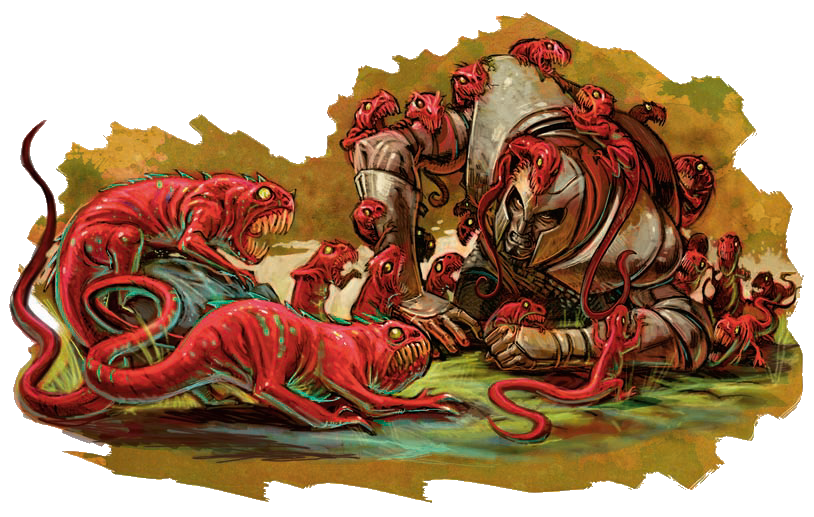 Natives to a material realm called Abeir, the zairtails are an aggressive species of reptiles that share a salient mental bond between each other. This mental hivemind can be co-opted by gods, primordials, demons, powerful wizards, and other great entities. These elementals lizards can share their senses with their master, and subconsciously act on its desires.

The zairtails were originally created by the primordial Rorn, but their utility as servants and spies has made them popular among those powerful enough to control them. Without such a power influencing them, zairtails become tepid and lethargic—still dangerous, but far less aggressive. As creations of the elementals, zairtails have a variety of breeds with unique abilities and powers.